For Shillong, get your physical edition (Flash Drive) home-delivered via www.unclesark.com

For other cities in India, the physical edition will be Available exclusively with the Taj group of hotels (at select cities) via their Qmin App

WATCH THE 'COME HOME CHRISTMAS' FUNDRAISER VIRTUAL CONCERT ON https://www.feelitlive.co.in
AT 8:30 PM ON THE 22ND OF DEC.
ALL PROCEEDS GO TO
THE GENESIS FOUNDATION

The Shillong Chamber Choir, founded in 2001 by Neil Nongkynrih is a multi-genre choir which won the reality TV show India’s Got Talent in 2010. The same year also saw the choir being awarded three gold awards at the 6th World Choir Games for Musica Sacra, Gospel and Popular Music. They also performed at the Rashtrapati Bhavan for visiting US President Barak Obama and Michelle Obama during their state visit to India.

The choir’s versatility ranges from performances with the Vienna Chamber Orchestra and the Fitz William Quartet to collaborations with known icons like Amitabh Bachchan for the opening of Kaun Banega Crorepati season 6. The show is said to have had the highest opening in 2012 across all shows on all general entertainment channels, breaking all previous records.

They have also teamed up with other recognized names like Shankar Ehsaan Loy and Usha Uthup. Their Christmas album in 2011 became the highest selling in the country for non-cinematic music.

A notable collaboration that took place on the 1st of March 2013 was seeing Neil Nongkynrih on the piano, the voices of the Shillong Chamber Choir and Ustad Zakir Hussain on tabla.

The SCC has performed extensively in India and toured Europe, the UK, Canada, North America and South East Asia. The choir has also been recipients of several accolades:

Peoples Magazine Heroes of the Month, 2012 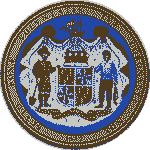 The Governor of Maryland, USA award
for outstanding achievement, 2012 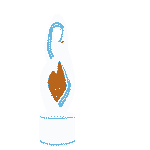 2014 has seen the choir come together again for the Grand Premiere of Kaun Banega Crorepati 8 at Surat, Gujarat and also opening for the music launch of Shah Rukh Khan’s film ‘Happy New Year’. The year also saw the State Election Commission and the SCC come together in creating a successful music video entitled ‘Just One’.

The months to come will see the choir working on big stage concepts, new singles, recordings, film industry projects and concerts within India and abroad.